Do you remember that time when there were social media sites without advertisements? Those were the good old days when Myspace was literally my internet space (yes, I am a bit old school and had the chance to use media sites that were the predecessors of Facebook, and Farmville wasn’t running a gag on South Park). Why was there such a violent upheaval of ads in every nook and cranny?

When did the domination begin? What will the future be and how many more ads must I sift through just to see a video? Let’s dig a bit, shall we?
When did the massive giant plug into our everyday lives become infected with monstrous banners and sparkly ads telling me that I need a nose transplant? It trickled here and there. A few markets had such success that they’re targeting us… I mean the digital crowd and prepubescent video gamers, and other companies saw this trend. Facebook though, was aiming for the throat.

Why? Why did we let this happen? Relax, it’s not entirely our fault. Companies like Facebook, Twitter and all the 150-word-or-less stuff, don’t just mystically appear on your computer and phone through the acts of Gandalf and Harry Potter. These awesome and famous things we generally call social media sites require servers, lots of codes and power for the servers to maintain that very cool function called the “like” button. It probably has as much code as the Linux Kernel to work. What I’m saying is, the resources to sustain these websites up are not cheap, and this is where the advertisers come in. “Just a little banner” they say, “a hardly noticeable banner”. So, it’s either that or people pay for memberships, which is what actually happened to some sites where the number of users are way, way below Facebook users. If you put it this way, it isn’t so bad after all. 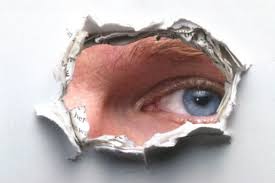 When you search for the best deals or share the news with your friends in Facebook, your audience is bigger than you know. Why? That is because everything you do online will be recorded on the servers that will technically leave your cyber footprints. I’m pretty sure I left a lot of trails when I started with this stuff. Back to the topic, ethical concerns are raised when using social media for academic research because of the information collected by private companies.

There are so many privacy concerns with Facebook that range from the information it collects from its users and how it is shared or used, to the privacy settings used on the websites for users to control access to their personal information. The question is, do you have the ability to restrict the data that are available to marketers and other ad placing companies? I don’t think so.

Facebook needs to remain on top of the social media pyramid so they need to be able to extract all the data they can and take advantage of its useful information to sell to advertisers to continue to the revenue stream. Can you imagine how many people all over the world hit the “like” button in a day? Millions, I’d say! This is just one of the many ways (thanks to the awesome people on Facebook) to gather the data needed for the marketers and advertisers. People argue about the idea that nothing is private on the internet. It got me thinking if this applies to internet searches, Facebook messages, or email. At what point does internet privacy, cross over to be non-private? These are the ethical dilemmas that are faced in today’s society by Facebook and the users of the site.